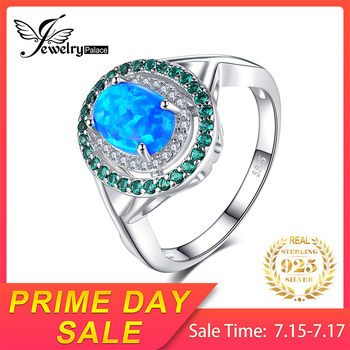 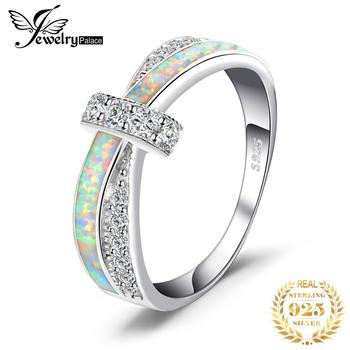 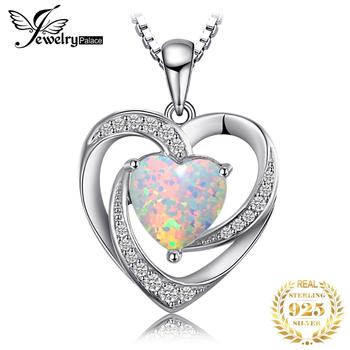 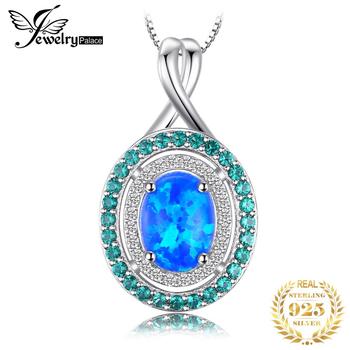 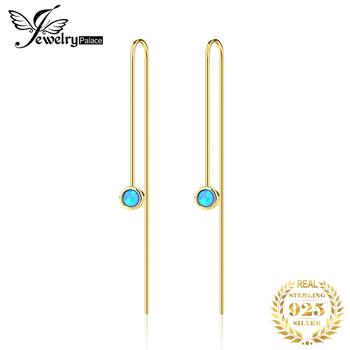 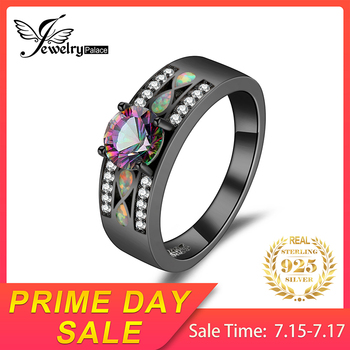 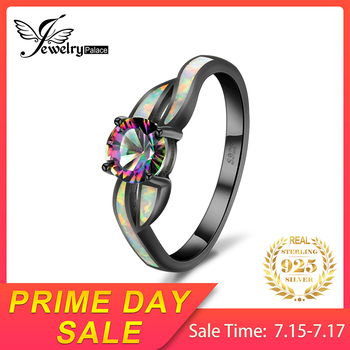 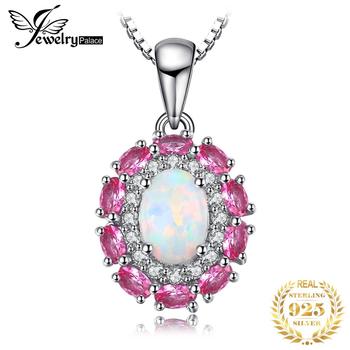 The name “opal” originates from the Greek word opallios, which meant “to see a change in color.” The Roman scholar Pliny used the word opalus when he wrote about this gemstone’s kaleidoscopic “play” of colors that could simulate shades of any stone.

Opal’s characteristic “play-of-color” was explained in the 1960s, when scientists discovered that it’s composed of microscopic silica spheres that diffract light to display various colors of the rainbow. These flashy gemstones are called “precious opals;” those without play-of-color are “common opals.”

Dozens of opal varieties exist, but only a few (like Fire Opal and Boulder Opal) are universally recognized. Opals are often referred to by their background “body color”—black or white.

Since opal was discovered in Australia around 1850, the country has produced 95 percent of the world’s supply. Opal is also mined in Mexico, Brazil, Honduras, Ethiopia, the Czech Republic and parts of the U.S., including Nevada and Idaho.

The water content of opal can range from three to 21 percent—usually between 6 and 10 in gem-quality material. This, combined with hardness of only 5.5 to 6 on the Mohs scale, makes opal a delicate gemstone that can crack or “craze” under extreme temperature, dehydration, or direct light.

Wearing opal is well worth the extra care, though. For centuries, people have associated this gemstone with good luck. Though some modern superstitions claim that opals can be bad luck to anyone not born in October, this birthstone remains a popular choice.

According to Arabic legend, opals fell from the sky in bolts of lightning. Australian aborigines, meanwhile, believed that the creator came to Earth on a rainbow, leaving these colorful stones where his feet touched the ground.

In 75 AD, the Roman scholar Pliny compared opals to volcanoes and vibrant paintings, noting that their dancing “play” of color could simulate shades of any gemstones.

During the Middle Ages, people believed that the opal possessed the powers of each gemstone whose color appeared in its sheen, making it a very lucky stone.

But Sir Walter Scott’s 1829 book, Anne of Geierstein, transformed opal’s lucky perception. The story featured an enchanted princess who wore an opal that changed colors with her moods. A few drops of holy water extinguished the stone’s magic fire, though, and the woman soon died.

People began associating opals with bad luck. Within a year after publication of Scott’s book, opal sales in Europe fell by 50 percent.

Discoveries of opal deposits in Australia revived opal’s image after 1850 and began producing 95 percent of the world’s supply, and many of its finest opals.

The world’s largest and most valuable opal, “Olympic Australis,” came from Coober Pedy, Australia in 1956, during the Olympic Games in Melbourne. Valued at $2.5 million in 2005, this gemstone measures 11 inches long and weighs 17,000 carats (7.6 pounds).

After scientists discovered the spherical silica structure of opal in the 1960s, they figured out how to synthesize it in 1974.

Since then, opal has gained more popularity through recent discoveries in Ethiopia. Material mined in the Shewa Province in 1994 wasn’t desirable because it was dark and tended to crack easily. But deposits in the Wollo Province, discovered in 2008, brought vivid play-of-color displays to the market.

Australia’s depleting supplies of classic opal impact the price of this uniquely kaleidoscopic gemstone. Because its flashing play-of-color can suit many changing moods and tastes, the opal stays in high demand.

Opal has been a good luck charm for centuries—though recent superstitions consider it lucky only for people born in October, and unlucky to anyone else.

However, opal’s kaleidoscopic play-of-color can suit many changing moods and tastes to make this gemstone appropriate for anyone. It is also the traditional gift to celebrate 14th wedding anniversaries.

Like diamonds, opals can be evaluated by color, clarity, cut and carat weight. But these unique gemstones also have several additional conditions to consider.

Opals should be stored in a place where they aren’t exposed to high temperatures or low humidity in order to avoid dehydration and crazing. Be sure they are in a padded cloth bag to avoid being scratched by other jewelry. For longer storage periods, place your opal in cotton wool with a few drops of water.

Warm colors like red and orange are generally rarer and more valuable than common blues and greens, although color range and coverage also play a role.

Due to high water content, opal can easily crack or “craze” under extreme temperatures, dehydration, or direct light. Crazed opal sells at much lower prices, and is more susceptible to fracture. Even high-quality opal demands delicate care.

Fine opals are often cut into irregular shapes to emphasize play-of-color. When possible, opals should be cut cabochon with rounded domes. But most opal comes in thin layers, which are commonly mounted on another dark stone like onyx or obsidian (as a doublet) and sometimes capped with clear glass or plastic (as a triplet) to make this fragile gemstone more wearable.

Opals may be treated with wax, oil, smoke, plastic or other additives to enhance luster. Identifying enhancements or synthetic materials may require specialized lab equipment, so it’s best to work with an American Gem Society jeweler who understands the criteria that determine opal’s value.