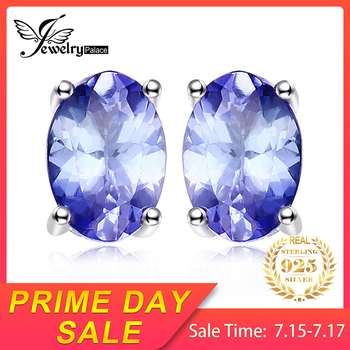 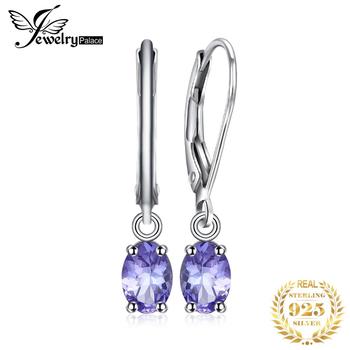 Tanzanite is the exquisite blue-purple variety of the mineral zoisite that is only found in one part of the world. Named for its limited geographic origin in Tanzania, tanzanite has quickly risen to popularity since its relatively recent discovery.

Zoisite had been around more than a century and a half before this rare blue variety was found in 1967. Trace amounts of vanadium, mixed with extreme heat, cause the blue-purple color—which ranges from pale blue to intense ultramarine with violet undertones.

Due to pleochroism, tanzanite can display different colors when viewed from different angles. Stones must be cut properly to highlight the more attractive blue and violet hues, and deemphasize the undesirable brown tones.

The majority of tanzanite on the market today is heat treated to minimize the brown colors found naturally, and to enhance the blue shades that can rival sapphire.

Tanzanite is still only found on a few square miles of land in Tanzania, near majestic Mount Kilimanjaro. Its price and availability are directly tied to mines in this region, most of which are now slowing production significantly.

Tanzanite measures 6.5 to 7 on the Mohs scale of hardness—which is not nearly as hard as the sapphire it often substitutes. Given its vulnerability to scratch during daily wear and abrasion, tanzanite is better suited for earrings and pendants than rings.

Between its deep blue color and its limited supply, tanzanite is treasured by many—whether one is born in December or not!

Unlike many well-known gemstones that have been in use for centuries, tanzanite’s history is relatively modern.

The common story of tanzanite’s discovery tells of Maasai herders who found blue crystals in the Merelani Hills near Arusha, Tanzania, while tending livestock in 1967. They notified a prospector named Manuel d’Souza, who promptly registered claims with the government to begin mining.

Initially, d’Souza thought he was mining sapphire, but the crystal was soon identified as a vibrant blue variety of zoisite—a mineral that had been around since the early 1800s.

Tiffany & Co. recognized this blue gem’s potential to rival more expensive sapphire and agreed to become its main distributor. Instead of publicizing “blue zoisite” —which sounded a little too much like “suicide” —Tiffany named the gemstone “tanzanite” to highlight its exclusive geographic origin and introduced it with a promotional campaign in 1968.

An estimated two million carats of tanzanite were mined before the Tanzanian government nationalized the mines in 1971. The government divided the mines into four sections, or blocks, in 1990. Tanzanite One Mining Ltd., the world’s largest tanzanite producer, holds the rights to Block C, which is larger than the other blocks combined.

An independent study from 2012 suggests, at a production rate of 2.7 million carats per year, that Block C’s tanzanite deposits may deplete in as soon as 30 years.

Tanzanite may not have the long history of other gemstones, but with such limited supplies and rapidly growing popularity, it is highly prized for its rare beauty.

There are many reasons to buy tanzanite, whether to celebrate a December birthday, to commemorate a 24th wedding anniversary, or simply to enjoy the gemstone’s rare, vibrant blue. It even serves as a less expensive substitute for sapphire.

Most tanzanite on the market today gets its blue color from heat treatment, which minimizes the stone’s natural brown hues. Treated tanzanite has become the norm, so although it’s undetectable, it’s usually assumed.

Generally, tanzanite follows the same value parameters as diamonds. Buying from a reputable American Gem Society jeweler will ensure that you get what you pay for.

Tanzanite is pleochroic, which means it displays different colors from different angles. So the cut significantly influences the color, which determines the price. Cutting a stone to emphasize the blue may waste more of the rough, but because this color is more valuable than violet, the cutter may choose a small fine-colored blue gemstone over a larger violet one.

Because tanzanite is only found within a few square miles in Tanzania, its price and availability can fluctuate sharply, depending what happens there.

Although it doesn’t have a long history of admiration like some gemstones, tanzanite didn’t take long to rise through the ranks. Between its exclusive origin, finite supply, and intense blue beauty, tanzanite continues to grow in popularity.